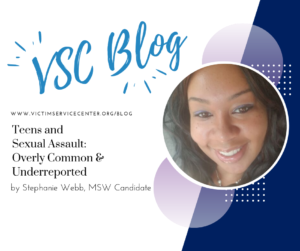 Teenage sexual assault and violence are two important issues that are constantly unreported, under-addressed and buried within the souls and minds of the teenagers victimized by this experience.

What is Teen Sexual Assault and Violence?

Sexual assault is any type of unwanted sexual contact; it does not always include intercourse and is not always violent. Sexual assault includes any contact with private body parts (e.g., breasts, genitals, buttocks) that is unwanted, not consensual, or forced on someone.

Younger people are at the highest risk of sexual violence with the majority of sexual assault victims being under 30 and 15% of victims being between the age of 12-17 years old.

Am I at risk for Teen Sexual Assault?

Any teen can be a victim of sexual assault no matter their gender identity or sexual orientation: female, male, nonbinary, gay, straight, lesbian, bisexual, transgender, questioning or queer. Perpetrators are typically someone you trust and know, like a boyfriend, girlfriend, a friend or acquaintance; however, sometimes the offender can be a stranger.  Sexual assault against a teen happens when consent (making an active choice to agree to a sexual encounter) is not given, taken away, or you are coerced (feeling pressured or emotionally forced to do something sexual).

Am I a victim of sexual assault?

Sexual assault can happened even if  you  didn’t resist; previously gave consent then said “no” or “stop”; previously/currently in a relationship with the offender;  don’t remember the assault; was asleep or unconscious when it happened; if your and/or the offender was drinking; or wanted to say “no” but didn’t.

Sexual assault and violence may include:

Is it My Fault?

Sexual assault is NEVER the fault of the victim!  Below are a few common myths (lies) about sexual violence and assault.

*Depression, including being sad for a long period of time, feeling hopeless, weight loss or gain

What happens after the sexual assault?

After a sexual assault has occurred, the following are a list of options:

HEALING from the sexual assault is not only an option, but your RIGHT.  While it may be hard to believe, a wonderful life full of excitement, happiness, dreams and accomplished goals still exist after sexual violence.  While the event is a part of your life story, it is not the end of your story.  Creating a new normal is possible.  As you work to heal , stay active with friends and engaged with family.  Continue to participate in the activities you love….read, run, cheer, dance, sing, and create art.  Speaking with a supportive love one, school counselor, or therapist is also a powerful way to deal with the feeling and emotions around the sexual assault.

Resources for Teen Victims of Sexual Violence and their Loved Ones