A true story that recently happened in our community: 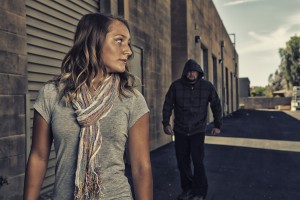 “Emily, a 20 year old living in Central Florida, was alone at a local laundromat finishing her laundry early one morning when suddenly a man with a gun appeared. Emily had been to this laundromat dozens of times before but had never thought her life could be in danger. She never imagined her worst nightmare could actually come true. He stuck the gun in her face, threatened her and forced her at gunpoint out the back door of the building into a dark area out of sight. Next, he sexually assaulted her, threw her into a nearby dumpster and attempted to kill her by shooting her. Despite being shot and traumatized, Emily miraculously was able to find the strength to climb from the dumpster and run for her life. As she fled for safety, her assailant shot her a second time.

Shortly thereafter, our 24/7 Crisis Helpline rang and a Law Enforcement Detective was on the other end of the line requesting our help. On this particular morning, Ambia, one of our six crisis intervention Victim Advocates, answered the call and immediately responded to the hospital where Emily had been taken. Simultaneously, Joan, one of our team of Sexual Assault Nurse Examiners (SANEs) was also dispatched. They both arrived within an hour of being called and were briefed by Detectives about Emily’s case.

After speaking with Detectives, both Ambia and Joan met with Emily in her hospital room. She had severe injuries from her gunshot wounds and was awaiting surgery. Ambia provided emotional support, comforted her and reassured her that she and the VSC would be there for her throughout her healing journey. She and Joan also explained to Emily that it was her right to have a forensic 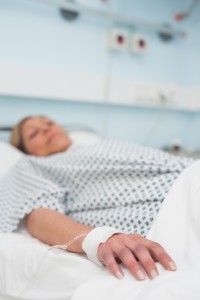 examination to obtain valuable DNA evidence that could be used to bring her attacker to justice. Although Emily was hooked up to machines and on pain medication, she took the brave step to move forward with the exam and Joan was able to collect the DNA evidence.

Since that tragic morning, Ambia has continued to provide ongoing support services including crisis counseling, case management, assistance with Victims Compensation, and therapy. Our team will continue to be there for Emily as long as it takes.”

Every day, our expert team of crisis counselors respond to Central Florida residents like Emily who are in a state of trauma, desperately needing help. When our Crisis Response Team is on-call, they have to be prepared for anything, as they never know what sort of call they might receive or what type of victim may need help. At VSC, we recognize that these critical, lifesaving services are only possible because of you.
We are so thankful to have supporters like you that fight for victims in Central Florida and help further our mission of ending violence. However, the bottom line is simple: We cannot do it without your continued support.
April is recognized as Sexual Assault Awareness Month across the United States. It is our hope that this April, we can shine a light on a very serious issue that is often overlooked, swept under the rug, and continues to have an unjustified cloud of shame surrounding it. This April, use your voice to bring attention to the serious problem of sexual violence in Central Florida. With your help, we hope to not only be able to continue to provide lifesaving services for individuals like Emily, but also prevent violence before it ever occurs.

This April, we ask you: Can YOU help? What can YOU do to make a difference?

As always, thank you for your ongoing support.