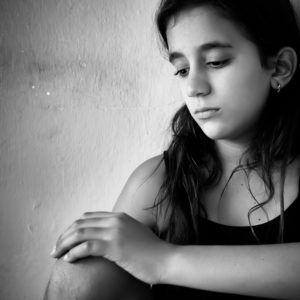 I joined the VSC team as a sexual assault nurse examiner (SANE) a little over a year ago. My first examination was for a 12 year old girl with autism who was being sexually abused by her father. I remember feeling such sadness for this child and seeing fear in her eyes.

As a SANE, after a sexual assault occurs, it is my job to provide medical and forensic evidence collection and provide compassionate care to the survivors we serve. The moments following the exam always impact me. I see the fear fade slightly from their face, they hug me, and tell me how thankful they are that I’ve been able to make the process just a little easier.

Without fail, after each exam, I wonder if the critical evidence I’ve collected will ever result in justice. While I am responsible for the evidence collection in the rape kit, after the survivor leaves my office, I rarely know the results from the evidence. I often wonder if I gathered any usable DNA and whether or not I’ve made an impact from a legal standpoint.

As a SANE, I am sometimes called in to court to testify as an expert witness. I was recently called to testify from the examination that took place a year ago for the 12 year old girl. The defense attorney, as expected, attempted to put doubt in the jury during cross examination. While I was intimidated by the atmosphere, I kept a calm tone in my voice and kept reminding myself I was there for that fearful little girl. I kept my focus on her. When I left the courtroom that day, I was unsure what the jury would decide but hopeful that justice would prevail.

Several days later, I received a call from the district attorney who was prosecuting the case. He let me know that the swabs collected from the rape kit had resulted in her father’s DNA. He then went on to let me know the jury decided on a guilty conviction and he would be sentenced to life in prison. This monster will be locked away and never able to hurt her again.

While sometimes my job can be challenging and even discouraging, this is a reminder of the incredible privilege and responsibility I’m given through this work. I will continue to fight for those who don’t have a voice and can’t defend themselves. It is my hope that this beautiful little girl can try to regain her childhood and find peace in her life as she continues on her healing journey.

Share this:
← VSC and SSC Come Together!
The Intersection Between Domestic Violence and Sexual Violence →