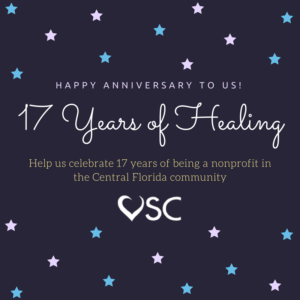 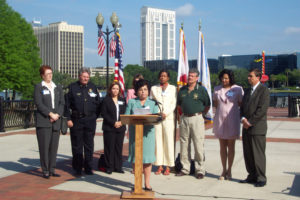 In 1996, the Board of County Commissioners agreed that a portion of the jails’ proceeds needed to be allocated to recovery services for crime survivors in the community and decided to allocate the funding from payphones in the jail to create a support agency. Commissioner Mary Johnson helped lead the charge for victims’ rights and the need for community services. By 1999 the Victim Service Center had opened its doors in the heart of downtown Orlando and was ready to help victims on their journey to healing.

2012 was a big year for for VSC; we became the Victim Service Center of Central Florida, Inc., moved to our current home on Michigan Street, and expanded to Osceola County offering all of our same services out of the Care Center. We also expanded our client offerings to include a full-time in-house therapy program to help clients dive deeper into their healing.

In the summer of 2014, VSC developed partnerships with the local detention centers in Orange and Osceola County to provide inmates with access to VSC’s sexual assault helpline directly. This effort assisted the detention centers in meeting the Prison Rape elimination Act requirements and allowed inmates who have experienced sexual assault while in detention the opportunity to speak with experienced Victim Advocates trained in the area of sexual violence and crisis intervention. In January 2015, VSC was contracted to provide in-person Sexual Trauma Services at the Orange County Detention Center. Services include Education and Awareness groups as well as individual and group Therapy aimed to assist female inmates with addressing emotional issues resulting from sexual trauma.  The program offers the opportunity for the participants to identify and replace dysfunctional coping patterns with appropriate coping skills, which is essential for long-term change and recovery to occur.

In 2016, we proudly expanded with a third office in Longwood to serve Seminole County, further extending our reach and providing services to more victims in need. 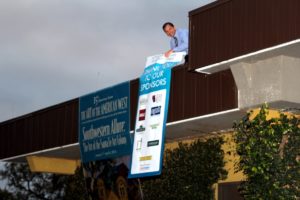 In order to keep up with our growth we actively began  fundraising to enhance our opportunities as a center with our first event at the Orlando Science Center in 2007 and later moved to the Mennello Museum of Art where we officially launched our signature event, Cheers to Change. [Some might remember our Executive Director, Lui, hanging signs off the edge of the museum.] Now five years later, Cheers to Change has grown into a highly anticipated 400+ person event, which is in large part due to our loyal and generous supporters who came out to make a difference in the lives of victims in our community.  Thank you for always making joining us at Cheers to Change a priority year after year. 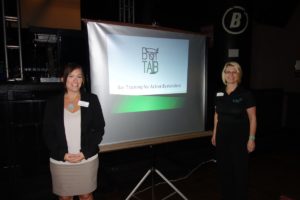 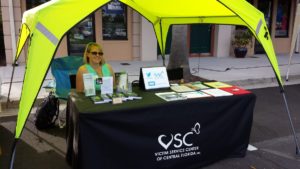 Outreach and prevention has always been part of our work, but in 2015 we officially launched an education training program. We offer training’s on bullying as well as sexual harassment and assault to organizations and businesses. Our anti-bullying youth focused trainings cover the understanding that while it is never okay to bully another individual often times the bully is also being bullied. Our educators discuss how to stand up and be an active bystander for someone in these situations with direct, distract, and delegation options. Recently, we have been having a lot of conversation around our healthy relationship trainings, which can be adapted for any age where the conversation revolves around boundaries, trust, and consent.

With such a strong seventeen year history you might ask what could be next for VSC? While we have grown as an organization, there is still so much work to be done to help victims and spread the message of prevention. Nationally, according to RAINN, every 98 seconds another individual experiences sexual assault, and out of those, two out of three will go unreported. It is our responsibility as an organization, and as a community to help bring healing to those individuals by letting them know it is safe to seek help. With your help we can continue to bring healing to those who need it most.

Share this:
← PTSD and Sexual Violence
VSC as a Link of Support to Community Leaders →