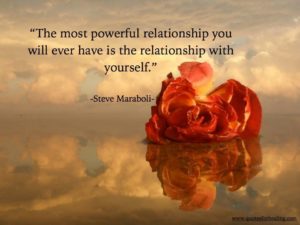 This former VSC client came to us with decades of repressed feelings and maladaptive coping behaviors. After deciding he desperately wanted to change his life, he made that courageous first call and attended that initial appointment. And then he followed up and came back to the next appointment. And the next. Before long, he was well down the path of his healing journey… here are some of his thoughts about that process that he chose to share in the hopes of inspiring others.

In November 2016 I was in a deep depression and contemplating suicide. I called a suicide Hotline and they were able to calm me down. The Hotline followed up a few days later and suggested that I contact the VSC, which I did.

Life was falling apart – my health, finances, and relationships. Everything was just terrible. Nothing I tried was helping. My wife and I were in marriage counseling, and after 3 years without progress I had decided not to return. It was a very low point to say the least.

Looking back on my life, it appears there were signs of difficulty but I couldn’t find out what was wrong. There had been decades of therapy, anger management and medications to frustration. My opinion of therapy and doctors in general were not the best; so I was reluctant to start another session. I called and made an appointment with the VSC.  This was the beginning of ending my pain.

The first meeting I had was with Brandi, and she actually did something (well, did and said nothing).  This was one of the few times my therapist listened to me. If I became overcome with emotions, she sat quietly with me; this happened often for a man who stopped crying when he was a little boy. Our first few sessions together were like this. Still feeling so much better, I remember telling Brandi how I thought I would be healthy in a couple of months.

I met with Brandi weekly for 13 months, attended monthly group meetings, and several of the workshops and seminars. The year was filled with ups and downs and other challenges, but the staff was always there for me.

I also went through a DBT course, and Brandi walked me through EMDR when I was strong enough. These 2 techniques made all the difference in the world. I went from what seemed like slow but consistent progress to critical mass. In the last 3 months, I made as much progress as I did the previous 9 months. Through all of this, I was able to finally get clear on my core issues and what caused them. So after years working on symptoms, we were finally working on the cause.

Over the last 10 years I started having nightmares and flashbacks of memories that I had long forgotten of being sexually abused as a child. I had been acting out of this abuse with little memory of the events. With Brandi’s help combined with that of the wonderful staff at VSC, I was able to remember, learn how to manage my emotions, and heal.

Certainly my work is not done, but I am on the right path. Not sure where I would be without such a program and compassionate staff.